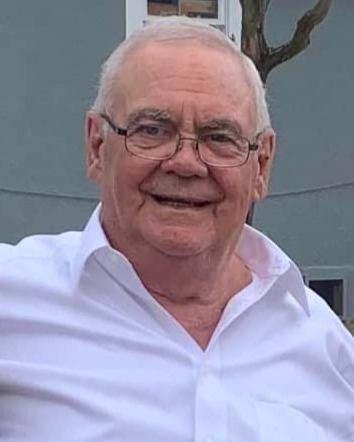 January 7th at a local hospital.

Adolph was born on October 28, 1945 to Adolph & Florene Abel. Throughout his childhood, he was a standout pitcher in the Little League’s – winning multiple championships. After graduating from Temple High School in 1964, Adolph worked the next twenty-one years for H-E-B. As the manager of the cosmetic department, he met his lifelong love, Rose Marie Mihatsch. They married on October 19, 1969, building a forever home & family in Temple. They shared countless memories at the bowling alley, joining a couples’ league, as well as attending & hosting card game parties with lifelong friends.

He was incredibly proud of his children (Keith Alan Abel & his wife, Kelli and Jana Nichole Smith & her husband, Ryan), his grandchildren (Hayli, Mayci, Austin, Baylor and Carson), and great-grandson (Kanon), who all stole his heart. He then graduated from Temple College with an Associate in Applied Science in Management while working with Jack Hilliard Distributing Company. Adolph’s greatest passions, besides his family, were cooking, hunting & fishing, gardening, and woodworking. If he wasn’t tending to the vegetable garden, we would find him in his backyard workshop – creating the most beautiful birdhouses. His love for building led to his working with Lengefeld Lumber Co. and Lowe’s Home Improvement. He found joy in sharing his craft with his coworkers who called him “Honest Abe”. He would never meet a stranger.

Adolph will forever be loved & remembered by many. He is survived by his wife, son, daughter, grandchildren, great-grandson, and sister (Carolyn Tomasek & her husband, Don). He is loved by numerous nephews, nieces, extended family, and many friends. He will be missed dearly by his fur-babies (Max and Kitty).

Visitation will be at 10 a.m. on Saturday, January 14th at Young’s Daughters Family Funeral Home and Bereavement Center in Temple, following with services starting at 11 a.m. Private services will be held at Bellwood Memorial Park Cemetery at a later date.

To order memorial trees or send flowers to the family in memory of Adolph Alie Abel Jr., please visit our flower store.