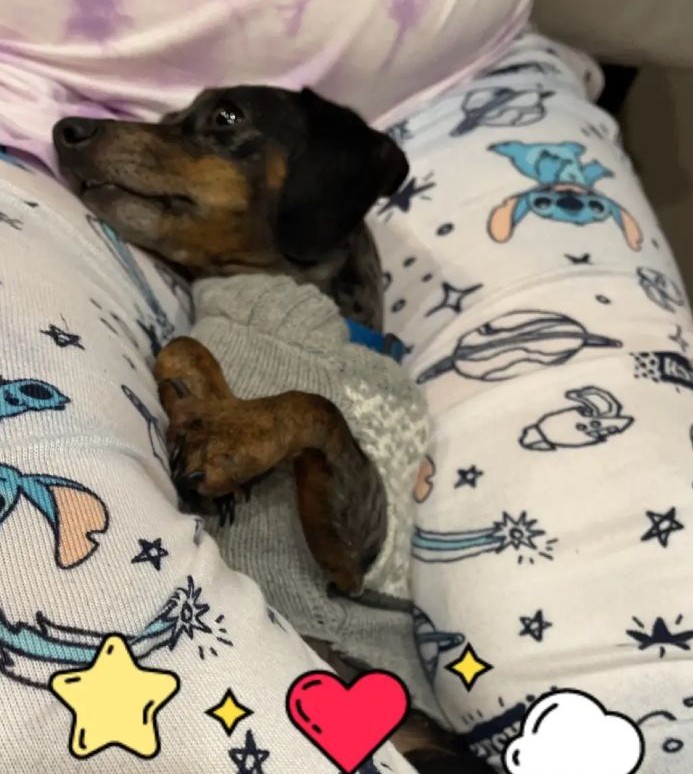 Services for Conner Thacker, (pet), of Temple, were held privately.

Conner Thacker was 5 years old, a Mini Dotson seen as a short haired double dapple with merel / grey black, tan and brown , Conner was adopted by David Allen Thacker and Sabrina Lea Thacker in Van, Texas at about 5 weeks old.  He was very much the protector to his sister “ Anna” who states he was just a bundle of joy. As time went by he acquired the nickname “Taco”.

His favorite places where under the covers, in his families lap, and going outside

He never went far from the family since he was very dependent upon his human family members and thrived for their attention. He was very much the alpha leader in the family of pets but always played well.

He is preceded in death by a pet sister, Phoenix.

In Lieu of flowers please make a memorial donation to help families with pet loss through Young’s Daughters Funeral Home and Bereavement Center,

To order memorial trees or send flowers to the family in memory of Conner Thacker , please visit our flower store.