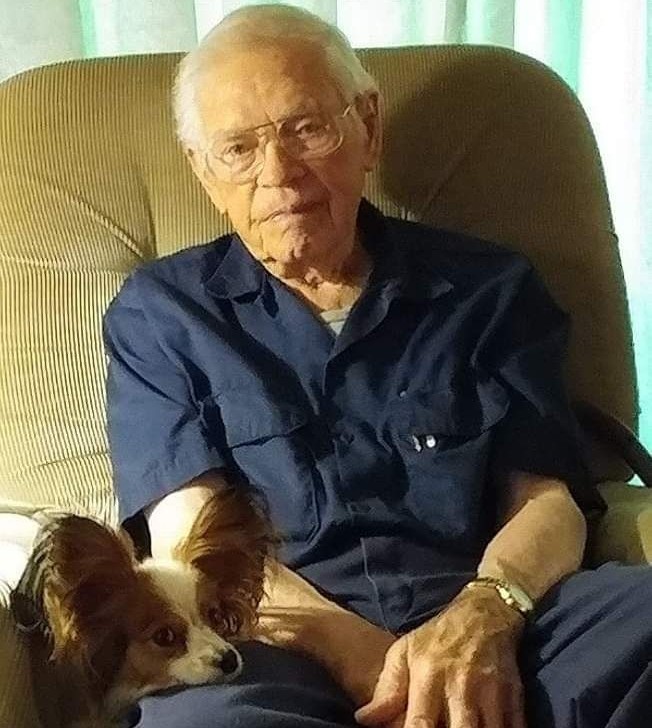 Memorial Services for George Carl Waskow Jr, 94, of Temple, will be held on Friday, January 7, 2021 at 6:00 pm at Young’s Daughters Funeral Home and Bereavement Center in Temple, Texas. Burial will occur at a later date in Dyess Grove Cemetery at Dyess Grove Baptist Church.

George C. Waskow Jr., was born on November 22, 1927 to Josie Ann Atkins Waskow and George Carl Waskow Sr., in Belton, Texas. George graduated from Rogers High School in 1946. After graduation he enlisted into the Army Air Force, completed his basic training in San Antonio as an Electronic Technician. Obtained the rank of Staff Sergeant during the end of the WW II. He was stationed in Labrador, Canada. After he was discharged he then became a proud father to four boys.

He met and married Pamela Joyce Bullock on April 15, 1976 and then adopted her two children, Trey and Patty Waskow. Life lessons he taught them will be passed down for generations is his strong work ethic and conducting himself as a strong businessman. Mr. Waskow was known as an entrepreneur of Temple owning Waskow Appliance for more than 60 years until his retirement in 2018. His hobbies included collecting coins, and spending time with his family, children, grandchildren and attending their sporting events. He will be remembered sitting in his recliner with his baby dog Ava, and for being a Godly man. He was a member of the Academy Baptist Church where he served as past treasurer. Over the years he attended Heights Baptist, and Dyess Grove Baptist Church and served as a deacon.
He was a member of the DAV.

He is preceded in death by his parents; two brothers, Frank Waskow, Charles Waskow and one sister, Billie Joe Waskow.

In Lieu of flowers please make a memorial donation to ILOF.com under Mr. Waskow campaign to help with funeral services and headstone fund. https://www.ilof.com/young-s-daughters-funeral-home-and-bereavement-center-/george-carl-waskow-jr-

A special thank you to the VA Hospital staff for their compassionate care.

Arrangements are under the direction of Sabrina N. Young of Young's Daughters Funeral Home and Berevement Center.

To order memorial trees or send flowers to the family in memory of George Waskow Jr., please visit our flower store.