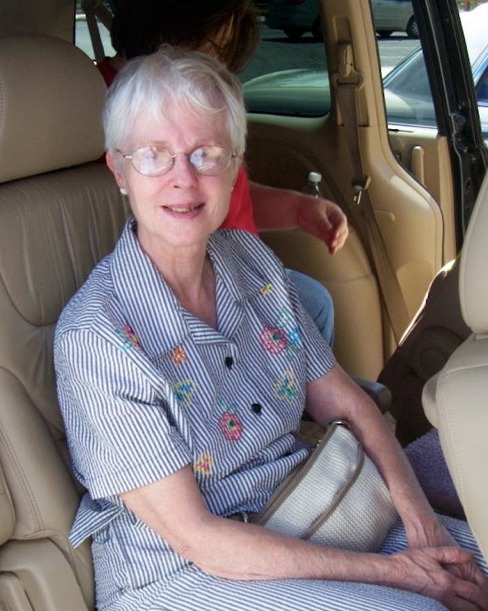 Private family services for Gertrude Agnes Manch, 89, of Killeen will be held. Her body has been honorably donated to advance medical research through Young’s Daughters Funeral Home.

Gertrude Agnes Manch died on  Saturday, December 17, 2022 at her residence.

Gertrude A. Manch was born on November 7, 1933 to Catherine Scully-Neuman  and Emil Neuman in Utica, New York. Raised as the middle child.  Graduated from Whitesboro High School in New York and fell in love with her neighbor boy; Walter Manch. Uniting them with the commonality of losing a parent they found comfort in each other. She married him 1953 and together they started their family with their first born child in 1954. She was a proud homemaker enjoying the simple things such as needle point work, cooking, and enjoying holiday festivities with her family. She started her career when the youngest son was out of school. Working as a secretary in social services till her retirement. Gertrude supported her husband being a “teachers aid” to him while he was working for Dixie College. After their retirement they bought an RV and toured various places mainly in the West Coast. They volunteered for the national parks as tour guides and speciality workshop teachers. When Walters' health began to fade; she became his caregiver till his passing in 2013. She moved to Texas in May of  2013 where she became involved in the local health clubs and advocated for the family. The family enjoyed attending baseball games, being with the grandchildren and watching them perform.

She is preceded in death by her husband of 60 years, Walter Manch; son, David Manch.

In lieu of flowers please consider making a donation to a Leukemia foundation or Alzheimer's association.

A special thank you to Interim Hospice for their compassionate care.

Arrangements are under the direction of Sabrina N. Young at Young’s Daughters Funeral Home and Bereavement Center.

To order memorial trees or send flowers to the family in memory of Gertrude Agnes Manch, please visit our flower store.