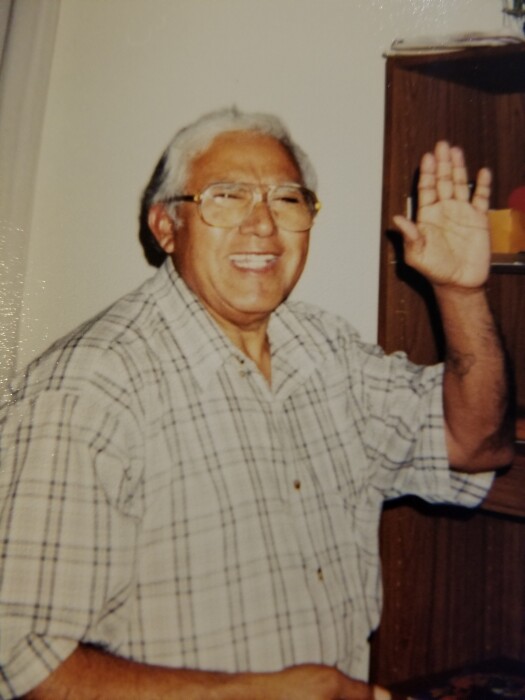 Service for Jose Mungia DeLeon, 79 of Temple will be held at 10:00 am Friday, May 28th at Young’s Daughters Funeral Home and Bereavement Center in Temple. Officiating Ricardo DeLeon Burial will follow in procession to Hillcrest Cemetery. Gathering of Friends and Family for food and fellowship will be held at Greater Pentecostal Church of Jesus Christian located at 117 N. Birdwell Belton, TX 76513.

Jose Mungia DeLeon died on Sunday, May 23. 2021 at his residence

He worked as a factory worker till he received his calling as an Evangelist for 46 years. He found his faith and ministered at the Pentecostal Christian Churches. He also served as a church musician for almost 40 years traveling throughout Texas. He married the love of his life Anita Cortez on April 19, 1964 in Lamesa, TX. They moved their family to Temple in 1969. He became a proud father to four children.  He loved music, watching baseball, boxing, spending time with his children and enjoying the simple things. He wrote several christian songs for the church, collected instruments and donated them to the church when he began his battle with dementia. He still encouraged the love of God, He loved having fun and believed in having strong family values that will be passed down for generations to come. His friends, family and nieces and nephews will remember him as “Chema” and for his musical talent amongst the various churches in Central Texas.

He is preceded in death by his parents, a grandson Jason Guadalupe Garza of Temple, Texas and  great granddaughter Melanie R. Diaz of Belton. Texas

In Lieu of Flowers please make a memorial donation for the memorial headstone fund. Donations can be made directly through out website www.youngsdaughters.com or by calling into the office 254.401.1302

To order memorial trees or send flowers to the family in memory of JOSE MUNGIA DELEON, please visit our flower store.