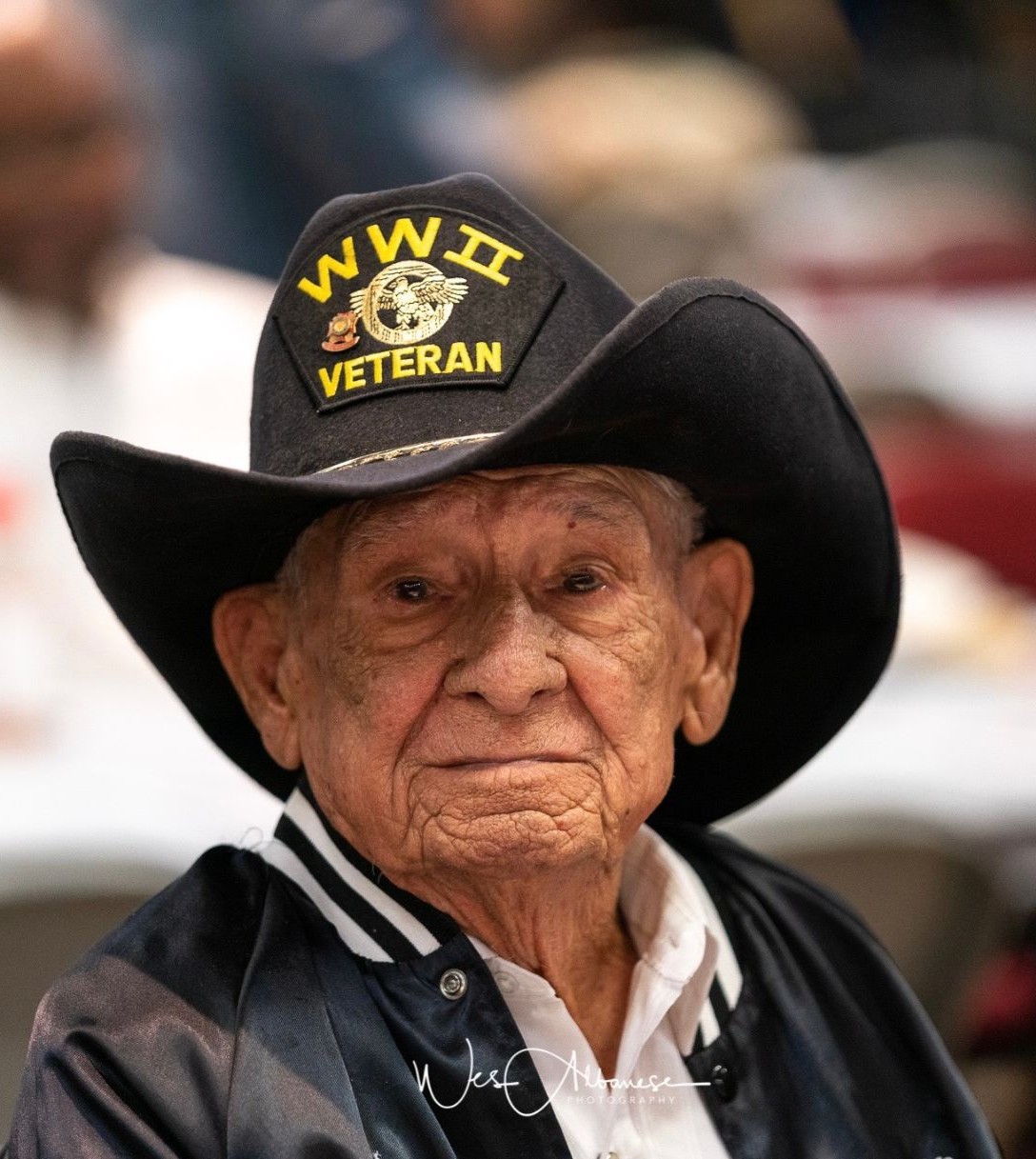 Jose Flores, Jr., proudly known as “Papa Joe”, 102, of Temple, Texas passed away on Wednesday, October 13, 2021 at home surrounded by his family. Services for Jose Flores, Jr., will be held at 10:00 a.m. on Saturday, October 23, 2021 at Young's Daughters Funeral Home and Bereavement Center in Temple, Texas with Pastor Rumaldo Jimenez officiating. The family requested for the safety of all please wear a mask. Burial will follow in procession to Hillcrest City Cemetery. Reception will be held at VFW Post #1820 located at 3302 Airport Rd Temple, TX 76504.

Jose Flores, Jr. was born on September 9, 1919 to Jose Flores, Sr., and Magdalena Luna in Temple, Texas. At a young age, he enlisted into the U.S. Army as a Technician and served in the Fourth Grade Battery B 102 Anti Aircraft Artillery Automatic Weapons Battalion during World War II. T-4 Flores, Jr. was awarded medals in New Guinea Sou Philippines (Liberation), Asiatic Pacific Theater, Philippine Liberation, Good Conduct and the Victory Medal. “Papa Joe” was a member of VFW Post #1820 in Temple, Texas. Upon exiting the service, he married Margaret Perez in October 1946. After working various jobs, he would then go on to work in the dry cleaning business for the next 20 years, eventually owning and operating his own business, J&J Cleaners in Temple. Meanwhile, he acquired his own bar, known as Pop-A-Top, and over the years he grew the business to become a place of laughter, love, and a family friendly atmosphere. He could always be seen behind the bar, making sure that no one was ever empty handed, however he never missed out on drinking a cold one with his guests. He loved spending time with his family, playing bingo, going to the casino, and enjoying a rum and coke. He was a beloved husband, father, grandfather, great-grandfather, brother, uncle and friend. He was also an honored member of his community and well known for making his rounds to other local bars of Temple. His legacy will continue through the memories of those who were fortunate to know “Papa Joe.”

In lieu of flowers, contributions may be made to the memorial fund of Jose “Papa Joe” Flores Jr.https://www.ilof.com/young-s-daughters-funeral-home-and-bereavement-center-/jose-papa-joe-flores-jr-

A special Thank You to VA Hospital, Kindred Hospice, and Visiting Angels of Temple, for their compassionate care.

Arrangements are under the direction of Sabrina Young at Young's Daughters Funeral Home.

To order memorial trees or send flowers to the family in memory of Jose "Papa Joe" Flores, Jr, please visit our flower store.