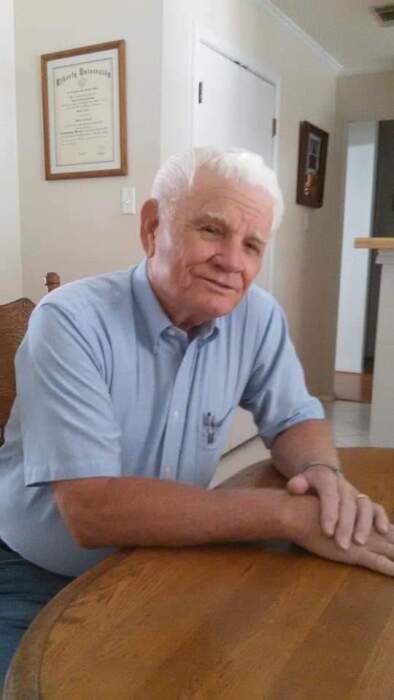 Services for Luther Lee Townsend, 83, of Temple, will be held on Friday, June 11 at 10:00 am at Northside Baptist Church in Nolanville with Pastor Rick Reed and Brother Larry Townsend. Burial will be at Copperas Cove Cemetery.

Luther Lee Townsend was born on November 18, 1937 to Arthur Lee Townsend and Mamie Alita Manning in Copperas Cove, Texas. He graduated in 1956 from Copperas Cove High and furthered his education at Liberty University with Masters in 1992. He was ordained as a minister in 1964 and served as an associate pastor in Waco and was a Pastor in Del Rio, Salado and Georgetown. He was the pastor of Calvary Baptist in Belton for 42 years. He married the love of his life, Doris Ramelle Mauldin. He enjoyed singing and playing his guitar.  He traveled on his motorcycle and mastered the practice of Tang Soo Do martial arts as a black belt. He spent his downtime with crossword puzzles and jigsaw puzzles.

He is preceded in death by his parents; a son, Timothy Paul Townsend, sister, Wilma Ruth Hickman

Arrangements are under the direction of Sabrina Young at Young’s Daughters Funeral Home and Bereavement Center.

To order memorial trees or send flowers to the family in memory of Luther Lee Townsend, please visit our flower store.