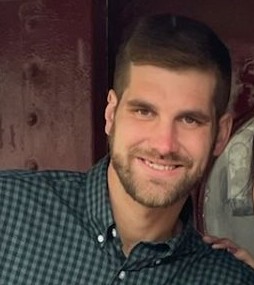 Services for Matthew Thomas Mueller, 29, of Temple will be held at 3:00 p.m. on Tuesday, September 13, 2022 at Young’s Daughters Chapel with burial to follow at Bellwood Cemetery in Temple.

Matthew Thomas Mueller died on Monday, September 5, 2022 at his home.

Matthew T. Mueller was born on September 9, 1992 to Thomas Dean Mueller and Deanna Marie (Coufal) Mueller in Temple, Texas. Growing up he enjoyed spending time with his family as well as playing baseball, basketball, and football. Mr. Mueller graduated from Caldwell High School in 2011. He furthered his education at Sam Houston College. He met his 10% and began building his beautiful family with Kaitlin Adams in 2012. He began his working career with Keg 1 as a merchandiser. Later Matthew developed the skill to spray foam for J.B.M Construction where he worked for one of his very best friends. He adored spending his time with his family at various family events from watching "Pop" coach, watching his brother play sports, coaching his son Jude, jumping on the trampoline with Olivia, to playing soccer with his nephew Beckham. Matthew was a family man and his family's biggest cheerleader, always the first to send a good morning and I love you text. He will be remembered for being an extremely proud father, a loving husband, a loyal son and brother, a fun filled uncle, and a man who knew and had a relationship with his loving God.

In Lieu of flowers please make a memorial donation to Young’s Daughters Funeral Home for a headstone.

A special thank you to his second family, the Espinosas for loving him as their own.

Arrangements are under the direction of Sabrina N. Young of Young's Daughters Funeral Home & Bereavement Center.

To order memorial trees or send flowers to the family in memory of Matthew Thomas Mueller , please visit our flower store.