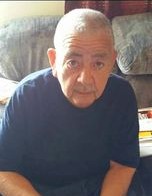 Services for Richard Rivera Rodriguez, 80, of Troy, services will be held on Thursday, June 24th at 10:00 am at Young’s Daughters Funeral Home with Pastor Chris Guillen officiating.

Richard Rivera Rodriguez went to be with the Lord on Monday, June 21, 2021 while surrounded by his family.

Richard R. Rodriguez was born on April 2, 1941 to Nasario E. Rodriguez and Catarina Rivera in Rosebud, Tx. He married the love of his life Rosa Lopez  in 1959. He had an artistic ability and worked at a paint and body shop. He found his calling as a pastor serving the Lord. He was a pastor for 40 years. He owned his own restaurant called Casa Rodriguez in Temple. He spent his time with his family, fishing, and reading his Bible. His legacy was to pass down the word of God. to encourage his family to have a relationship with God. “I have fought the good fight, I have finished the race, I have kept the faith.”  2 timothy 4:7

He is preceded in death by his parents; wife of 20 years, Rosa Lopez, a daughter, Julie Soule

Arrangements are under the direction of Sabrina Young at Young’s Daughters Funeral Home.

To order memorial trees or send flowers to the family in memory of Richard Rivera Rodriguez, please visit our flower store.