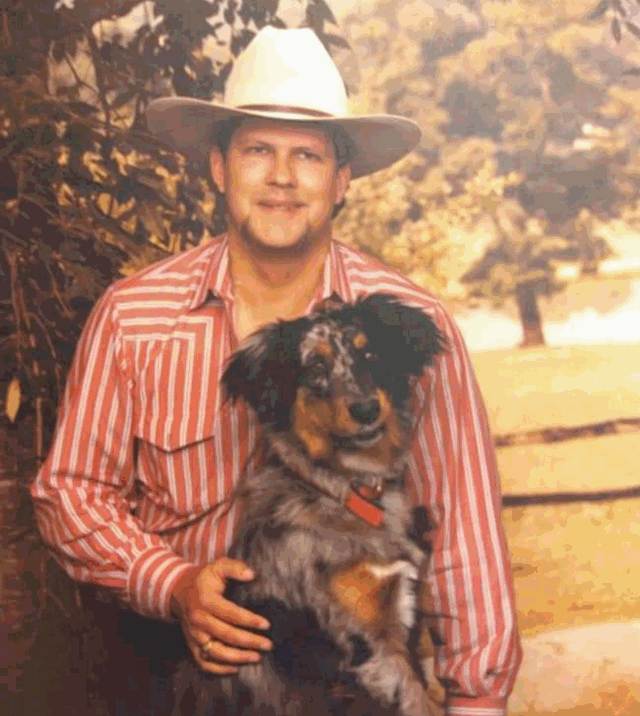 Services for Stephen Michalewicz, 59, of Temple, will be held at 10:00 am, Saturday, December 18, 2021 at Seaton Brethren Church with Pastor Denise Mikeska officiating with a private burial at Sacred Heart Cemetery in Lott, Texas.

Stephen Lynn Michalewicz died on Thursday, October 28, 2021 after a short stay in the hospital.

Steve was born in McKinney Texas on January 28, 1962 and adopted by Reuben and Naomi Michalewicz. Steve was an active young man, involved in youth sports beginning with little league baseball and pee wee football and continuing through high school where he played baseball, football and ran track. Steve was part of the 1979 State Football Championship team and continued his football career at Stephen F. Austin State University.

Steve left Stephen F Austin after his freshman year and received an Associates Degree in Civil Engineering from TSTI/TSTC in Waco. After graduation he worked in various aspects of heavy construction working on projects that ranged from roads and bridges to schools and playgrounds

Steve always loved animals, growing up he and his brother had dogs, rabbits, and even a pet racoon. In high school he raised show animals with the FFA that included hogs & chickens. As an adult his love for animals continued along with his family who had many show animals over the years. Two of Steve’s most beloved animals were his Australian Shepherd’s, Chance & Bell Starr.
Steve had a great love for the outdoors, he loved living and working in the country. He was an avid hunter, a hobby he picked up from his dad and that he shared with his son.

Steve’s other hobbies included leather working and reading. Steve enjoyed a wide range of books, from westerns to science fiction and fantasy. He was a devout Christian, constantly reading the Bible, he loved to attend not just church, but retreats and workshops so he could learn more about God and share his knowledge with others.

Steve spent the last 18 years of his life as an inmate and was scheduled to be released within a week of his death. He always maintained his innocence and believed that God had a plan for him. He believed that to serve God he should serve his time with grace. He always took care of his family in the best way he could. Letters and phone calls to family and friends continued until the end.

During the parole process, letters of support were submitted by both the presiding judge and DA’s office that suggest not only an unfair trial but true innocence.

Steve had big dreams of reuniting with his family, enjoying the outdoors with his son and helping with his daughter's animal rescue.

He is preceded in death by his father, Rueben Michalewicz.

Donations can be made in Steve’s name to his daughters nonprofit, Tiny Hooves Rescue & Petting Zoo.

A special thank you to all those who have supported Steve and his innocence, we appreciate your thoughts and prayers during this time.

Arrangements are under the direction of Sabrina N. Young of Young's Daughters Funeral Home

To order memorial trees or send flowers to the family in memory of Stephen Lynn Michalewicz, please visit our flower store.