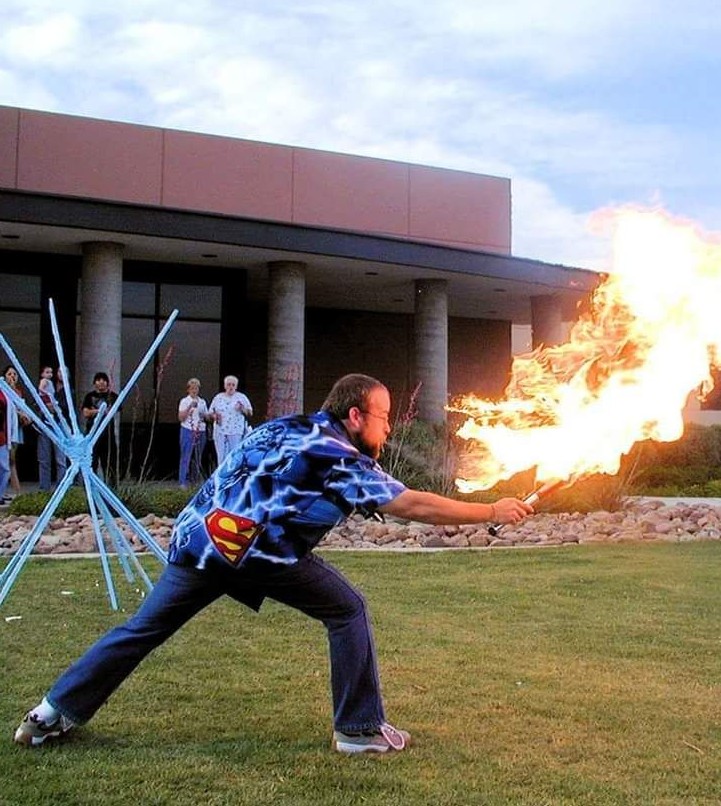 Services for Terry Lynn Tidwell, 51, of Harker Heights, will be held privately. Mr. Tidwell’s dream was to advance medical research and donate his body to science. His wishes were honored through Young’s Daughters, In Temple, Texas.

Terry Lynn Tidwell died on Wednesday, August 31, 2022 at his home by his wife's side.

Terry Lynn Tidwell was born on November 20, 1970 to Patricia Bell Tidwell and Gary Swayne Tidwell in Odessa, Texas. He was a band member who played the french horn for Permian High School. He was taught to cook by his maternal grandmother, Lorraine Wood, which led to his cooking career. Working at various restaurants throughout Texas...he was an entertainer whose hobbies included being a hired clown, juggling, magician illusions, singing everything from country to rock music, and fire breathing.  He often called himself a singing, juggling, fire breathing magical ventriloquist. He met and quickly married Crisanta Pantoja in 2012. Together they enjoyed spending time raising their numerous pets.  His greatest life lesson to be passed on is “There is no such word as can’t, till you give it a try”

He is preceded in death by his mother, Pat Tidwell; and his long time service dog, Tiggle.

In lieu of flowers please make a donation to the St. Judes Children's Foundation.

A special Thank You to Baylor Scott and White hospice, and friends for their support over the years.

To order memorial trees or send flowers to the family in memory of Terry Lynn Tidwell, please visit our flower store.